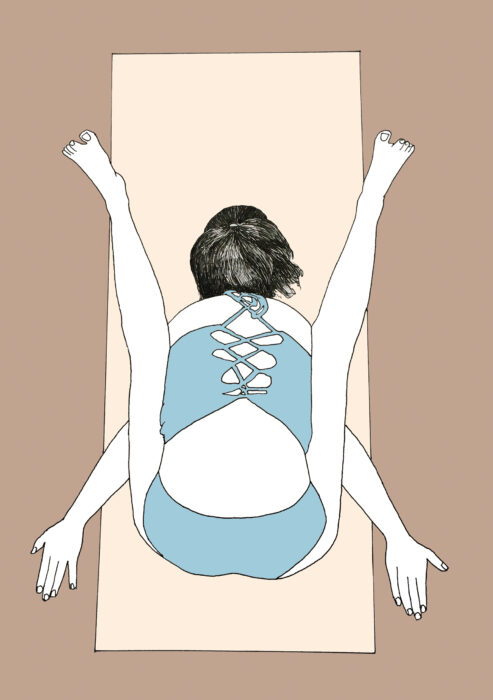 Kurma means a tortoise.The asana is dedicated to Kurma the Tortoise Incarnation of Vishnu, the maintainer of the universe. Many divine treasures had been lost in a universal flood including amrta (nectar) with which the gods preserved their youth. To retrieve the lost treasures the gods entered into an alliance with the demons and jointly undertook to churn the cosmic ocean.Visnu became a great tortoise and dived to the bottom of the ocean. On his way back was Mount Mandara for the churning stick and round the mountain was twined the divine serpent Vasuki for the rope. The ocean was churned by the joint efforts of the gods and demons in pulling the snake and twirling the mountain. From the churned ocean emerged amrta and various other treasures including Laksmi, consort of Visnu and the goddess of wealth and beauty. The pose is given in thre stages. The final one resembles a tortoise with head and limbs withdrawn under its shell and is called Supta Kurmasana, the sleeping tortoise pose.

If you would like to support my work, I am thankful for your donation.